How Much Do Semi-Pro Footballers Earn? From my experiences around the world as a ‘semi-professional’ footballer and as someone who has been offered to play professionally, there’s always a question which gets thrown around: “How much do you get paid as soccer player?”

Since there’s nothing really out there which suggests a figure, let me tell you about my own personal experience. I’ll include of the figures that were offered to me and those that I’ve heard from friends.

The figures below may surprise you, however don’t use these as exact numbers. Just use these as ranges to have a picture in your mind of what semi-pros can expect.

Top League Youth Academy (from age 16 and up) – none

If you’re a ‘star player’ or a club that has a rich owner, these figures can double or far exceed the amounts I’ve stated here.  For example, I’ve heard in the Netherlands Topklasse (3rd tier), a handful of players can earn as much as a player in the Eerdivise (1st tier).

During my short time with FC Volendam (2nd tier), I knew that only 15 players or so were on paid contracts in a extended squad of 30. The rest of the players were on ‘amateur contracts’ where they didn’t get paid, or just had some of their expenses covered like travel. Unless you have a club with a rich owner or are a great talent, you generally will earn in these figures. So beware, life is not as glamorous as you might think.

You may think it’s strange that a 5th tier player training three times a week in Germany could possibly be earning more than a full-time player in the 2nd tier league in Hungary (even with accommodation and food included). Don’t forget that the cost of living in Hungary is much lower than in Germany. The money invested into football in Germany is far greater compared to Hungary. The skill level of a 2nd tier Hungarian and 5th tier German player is also very comparable.

If you wanted to know more on how much fully-fledged pros earn in the top leagues around the world, check out this chart below

Have you had different experiences or heard about players getting paid different amounts in different regions? Say it in the comments below.

READ  Why I'm Starting from ZERO

By the way, you can now download our FREE APP with over 150 performance-boosting drills created by professional coaches and Premier League analysts to get you faster to your goals!
IOS Download
Android Download 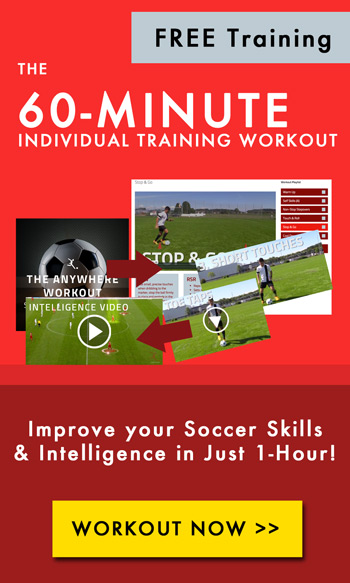